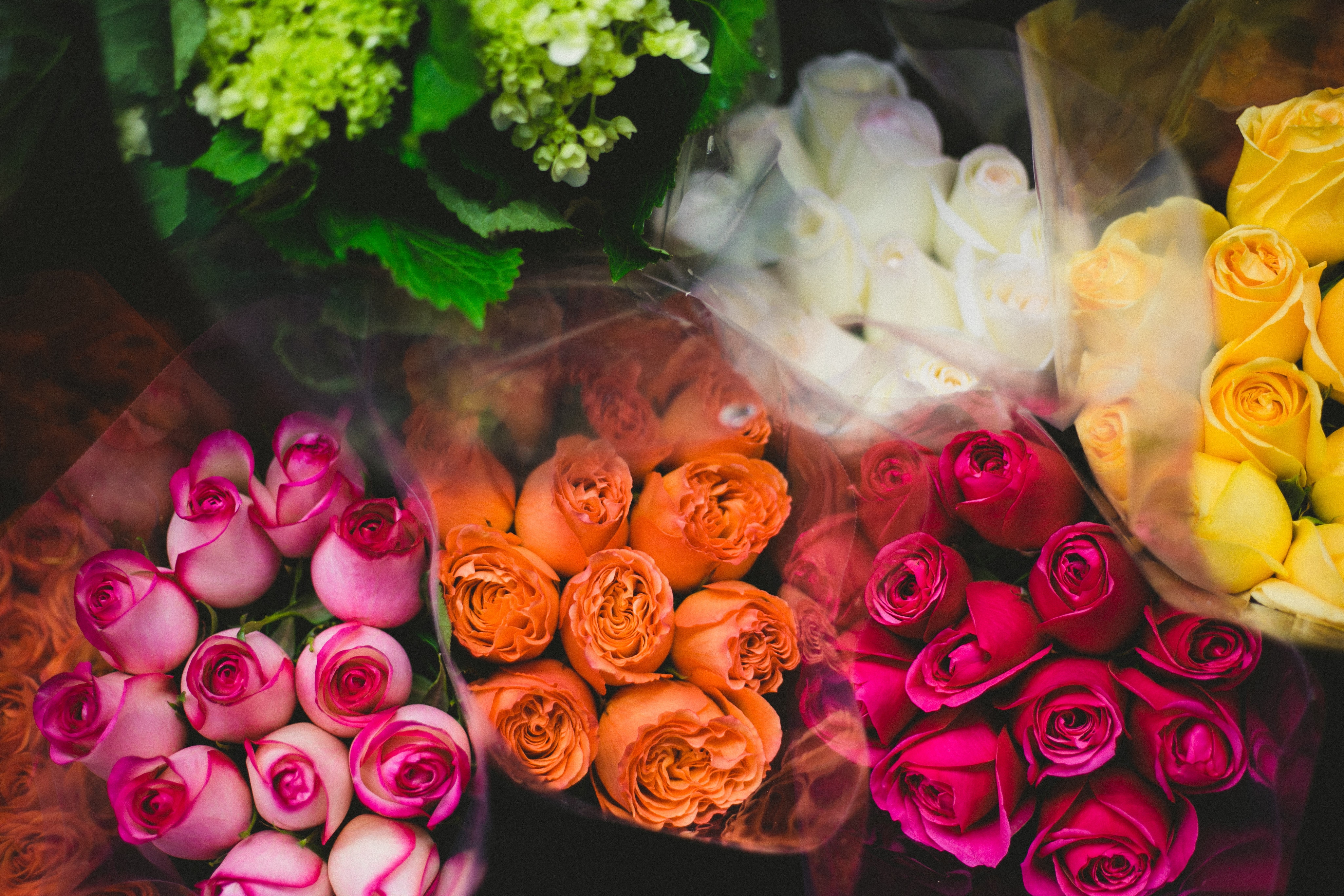 Toni Morrison’s 1973 novel, Sula, is a snapshot of a 1930s African-American community. It portrays the relationship between two girls, Sula and Nel, as they mature into women. The book has a complex network of themes and messages, but one outstanding symbolic motif that Morrison outlines through this narrative is the rose. The rose is referenced in the epigraph of the novel, which expands the metaphor further by comparing it to Tennessee Williams’ play, The Rose Tattoo. By referencing the play, and applying the emblem to her characters, Morrison unfolds Sula’s developing sexuality and shifting reputation as an independent and nonconformist woman throughout the novel.

The epigraph in Sula is a quotation taken from Tennessee Williams’ lively 1950’s play The Rose Tattoo: “Nobody knew of my rose of the world but me… I had too much glory. They don’t want glory like that in nobody’s heart” (Williams 1307, Morrison 4). In the play, the rose takes the form of a tattoo on the chest of main character Serafina’s husband, Rosario. Serafina is proud of his possession of her, a faithful and passionate man, and Williams drenches the play in roses to symbolize this passion. Upon Rosario’s death, however, Serafina’s emotions are frozen and life passes her by. The one whom she calls “her rose” is lost, and she doesn’t appear to have an identity outside of Rosario. The community gossips, but she is too proud to let go of her husband’s ashes. She says, “they want the marble urn broken; they want me to smash it. They want the rose ashes scattered because I had too much glory” (Williams 1307). The townsfolk are jealous, Serafina claims, because their marriage was full of desire and passion, unlike other traditional relationships. This is paralleled in Sula by Nel’s relationship with Jude, where Nel conforms to a traditional role in a relationship without much passion. Nel and Jude’s sex improves, she says, when Sula returns to Medallion, implying that it had been dormant before, but eventually her marriage is destroyed by the lusty “rose,” Sula.

Serafina discovers Rosario had not been faithful to her, and is thrown into conflict between her pride and anger over Rosario’s betrayal. “When it becomes clear that what most upsets Serafina is loss of status,” instead of love, writes John Patrick Shanley in an introduction to the play, “we begin to understand the territory” (Williams 19). Due to this conflict, Serafina becomes neglectful of her teenage daughter, Rosa, while becoming obsessively controlling over Rosa’s romantic life. “The mother wants to have sex so the daughter must not” (43), Shanley states. Finally, Serafina enters another lustful relationship, and her identity as a woman is restored by a man’s possession of her. Sula uses the rose to represent similar lustfulness, but Morrison’s character rejects the concept of possession and dependence in her use of the rose.

The Rose Tattoo is connected to Sula through the epigraph that centers the message on sexual freedom. This is personified by the character of Sula, and the rose is used by Morrison to reflect Sula’s sexuality in the form of a stemmed rose-shaped birthmark. As Elizabeth E. Tolman writes, “Sula comes to represent the rose they see when they look at the rose-shaped birthmark above her eye: she attracts with her beauty and stings with her thorns. And like the rose, she dies young” (9). Not only is Sula’s sexuality toxic, but it is fleeting. Stricken with an unnamed disease at around age 31, she passes long before the proper time.

In addition, Sula’s brief relationship with Ajax speaks to fleetingness. For Morrison and Williams, the rose does not necessarily imply love, but it certainly stands for lust. Ajax and Sula are looking for sex. Sula, however, yearns for something more over time (Morrison 131). Their relationship built on lust fails because Ajax was not interested in love, and at the slightest hint of possession, he clears out. The relationship is ephemeral, like a rose, and dies quickly.

Sula, not fully understanding the boundaries of possession, sleeps with Nel’s husband, Jude. She was raised to treat sex casually, and underestimates Nel’s reaction to “sharing” her husband. This act, which seems natural to Sula, destroys their sisterly relationship. Nel, with her traditional upbringing, is unable to forgive Sula, but confronts her again on her deathbed: “For the first time in three years she would be looking at the stemmed rose that hung over the eye of her enemy… She would be facing the black rose that Jude had kissed,” (138). The birthmark started as “the same shade of her gold-flecked eyes” (53), but is now black. At each stage of Sula’s maturity, the rose grows darker, such as after she accidentally kills Chicken Little (74). The darkening rose is a fitting symbol for Sula because she is passionate and wild, while simultaneously dangerous. One scholar writes, “When Sula, the woman with the rose birthmark […] dies, the Bottom’s inhabitants breathe a sigh of relief,” (Driscoll 365). She was a bad omen to the town, bringing bad luck and dead birds in her wake; a toxic influence.

Morrison also uses the birthmark as a way of evaluating the subjective nature of Sula’s identity. Nel sees the birthmark as a rose, because she sees her as a passionate, independent woman, someone she wishes she could be. Jude sees the mark as a snake, representing temptation to him, which he falls prey to. Nel’s children see it as a scary black blob, which implies that her sexuality can, and does, become a monstrous threat to their family. The townspeople see Sula’s mother’s ashes in the mark, because not only do they see her as a villain, but a victim of a “bad” upbringing, and that upbringing follows her around in her rose-shaped birthmark. Shadrack, another nontraditional, nonconformist character in the novel, sees the birthmark as a tadpole, which represents to him the river and his home. He and Sula share a comfort in their own uniquely damaged skins. This changing interpretation of the birthmark shows how misunderstood Sula is in her community because of her wildness and passion.

Serafina from The Rose Tattoo is a woman laughed at by her community, her identity so interwoven with pride in her husband that she is blind to reason, much like Sula is a woman scorned by her town for her sexuality, and blind to shame. Even Eva, Sula’s independent grandmother, tells Sula that she needs to settle and submit to a husband (Morrison 92). Raymond Janifer says that Sula becomes a pariah “because she longs for independence, knowledge, and self-gratification” (128). She’s a nonconformist, and “ignores the ownership principle of marriage and operates on the principle that sex is noncompetitive and nonthreatening” (128). This causes the townspeople to despise her, much like Serafina’s “hidden glory” evokes jealousy from her town. One difference, however, is that Serafina’s pride comes from dependence on men, while Sula’s stems from her independence.

The symbol of the rose in both The Rose Tattoo and Sula represent lust and passion. However, they don’t represent love. At the end of Sula, Nel realizes that she wasn’t as sad about the loss of her husband as much as she was about the loss of her closest friend. In this way, Morrison tells her readers that lust and passion are fleeting, and even toxic, that sexuality and love are not mutually exclusive, and that perhaps love in friendship is more important than sexual passion, romance, and roses.